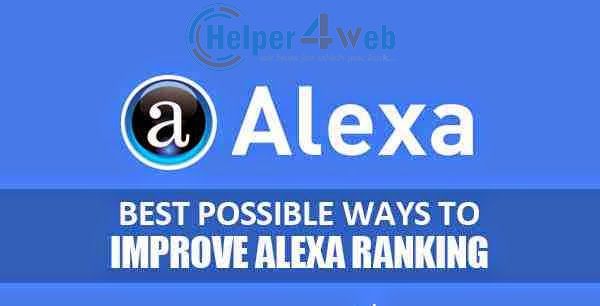 All businesses that have taken up online marketing, aim at improving their conversion rate. Now, there are different ways of attracting targeted traffic. Some go for a good place in the SERPs, others like to know that their site receives heavy traffic. Either way, everybody has this goal of achieving financial success.

But, while scoring high with Google may seem to certain business people the only way to make themselves known and thus reaching their goal, there are others that think that a good place in the Alexa ranking system might benefit them just as well.

What is Alexa Ranking?

This is a ranking system set by alexa.com (a subsidiary of amazon.com) that basically audits and makes public the frequency of visits on various Web sites. The algorithm according to which Alexa traffic ranking is calculated, is simple. It is based on the amount of traffic recorded from users that have the Alexa toolbar installed over a period of three months.

This traffic is based on such parameters as reach and page views. The reach refers to the number of Alexa users who visit a particular site in one day. Page view, as its name shows, is the number of times a particular page (URL) is viewed by Alexa users. Alexa.com makes it clear though that, if a particular user visits the same URL multiple times on the same day, all those visits will be counted as one.

The first step of the ranking process is calculating the reach and number of page views for all the sites on the Web on a daily basis. The Alexa ranking is obtained by performing the geometric mean of reach and page views, averaged over a predefined period of time (three months).

It’s quite easy to get started. All you have to do is visit the alexa.com site and download (and install) the Alexa toolbar. This toolbar offers a search function but it mainly displays the rank (at a global level) of the visited site, as well as the sites that have been visited by Web surfers that are linked in some way to the site being visited.

The Alexa toolbar not only displays information, but it also sends data to the central server. Thus, each time you visit a Web page via a Web browser (be it Internet Explorer or Firefox) that has the toolbar installed, information is sent to the server indicating your IP and the page you are visiting. Such data is gathered from all the Web users who have the Alexa toolbar.

With Alexa, the smaller the numerical ranking, the better. Most people say that if you manage to make it in the top 100,000, it is a sign that your site enjoys quite heavy traffic.

Is Alexa Ranking Worth Anything?

Ways to Improve Your Alexa Ranking

If you want to boost your Alexa traffic ranking, you just have to follow some quite simple rules, such as:

As we have seen, there are pros and cons to Alexa ranking. The bottom line is that most people consider it valuable only for direct advertising. Given the fact that Alexa ranking for a site is calculated on the basis of how many visitors with the Alexa toolbar installed have visited that particular site, the results can be inaccurate most of the time.

Nevertheless, it may prove useful for sites with very good traffic that attract highly targeted leads, since Alexa focuses more on the traffic that Web sites receive rather than on links to it. As a Web site monetization strategy, we can safely say that Alexa ranking might be the right solution.

Share this on WhatsApp
TAGAlexa rank Alexa ranking Alexa Toolbar Alexa traffic Alexa traffic ranking
Previous PostMeet Mokacam - the world's smallest 4K camera that is being crowdfunded Next PostWhat is Li-Fi and how is it 100 times faster than Wi-Fi?