Home Movies-update Wazir movie review: There’s enough to watch in the Big B, Farhan Akhtar film despite its flaws 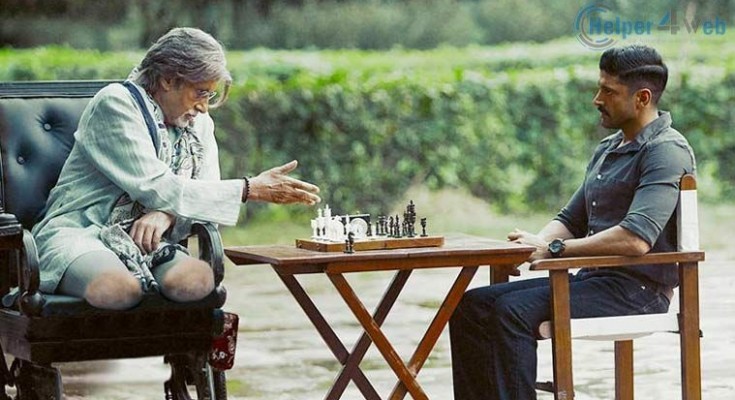 Wazir movie review: There’s enough to watch in the Big B, Farhan Akhtar film despite its flaws

There are many good things about ‘Wazir’. First off, this is a film that’s backed by writing. Look, look, a plot. Hallelujah. Such a relief after so many plotless wonders masquerading as movies. Next, it brings back the actor in Amitabh Bachchan. And third, it respects our time, keeping things ticking at just over a neat 1.5 hours.

‘Wazir’ is about the coming together of two wounded men, very different in age and temperament, for a mutual purpose. Danish Ali (Farhan Akhtar) is recovering, with excruciating slowness, from a deeply personal tragedy; his wife Ruhana (Aditi Rao Hydari) is suffering too, in her own solitary corner. He meets up with the wheelchair-bound Pandit Omkarnath Dhar (Amitabh Bachchan), and gets sucked into the latter’s world, which is full of light and darkness, the contradictions arising from a painful past loss, and a present trying to come to terms with it.

No time is wasted in building up the swift-yet-tender romance between Danish and Ruhana: Farhan Akhar is excellent as the anti-terrorist officer who uses both brain and brawn to tackle the mystery which lurks at the heart of the film, and ​grandmeister ​Amitabh Bachchan shows us, in a couple of beautifully-realized scenes in which he dispenses all mannered flourish, the skill sets he still possesses. I sat through the gripping first half without moving a muscle, for fear of missing something.

The plot twists, and with it comes a menacing figure called Wazir, trailing blood and gore and death. The ploy is smart if literal, because of the film’s use of an actual chess board to tell us how to make moves. There’s a nice even if a little underlined metaphor at work too: life is like a game of chess, and we are all pawns at the mercy of the crafty `wazir’. Well played.

If the second half had been as taut, the film would have been riveting. But Bejoy Nambiar’s familiar penchant for manufacturing atmosphere comes in the way. The insistence on grand backdrops, impressive as they are, causes sporadic dips in pace, giving us time to see the punches being telegraphed. But while that’s going on, Manav Kaul’s power-hungry politician keeps us watching: he plays someone he is not with pleasing economy. And Neil Nitin Mukesh makes a comeback, even if sketchy and a trifle contrived.

There’s enough to watch in ‘Wazir’ despite its flaws. It reaffirms something we’ve always known: that there’s nothing to beat a plot-driven film (co-written by Vidhu Vinod Chopra and Abhijat Joshi). That the supreme importance in a thriller is to keep it going. And that strong performances are the pivot of any film.