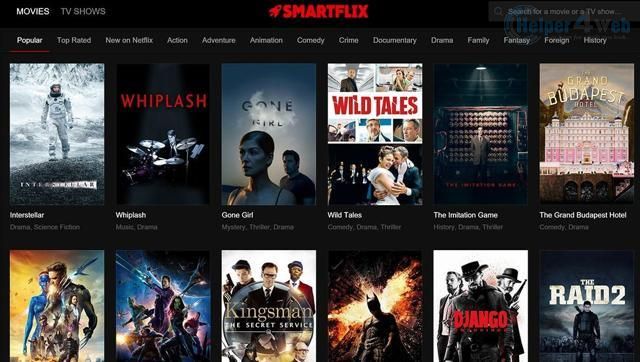 Smartflix is a new and impressively sleek app which offers users a clean and simple interface composed of any and every Netflix video available, regional restrictions be damned. (Smartflix)

Netflix officially launched operations in India last week, with plans starting at Rs 500 per month. The streaming giant’s launch in India was part of a major global roll out that included 129 other countries across the world.

The company told news outlets that it is not censoring any content, and plans to add more global TV shows, movies, and even looking at adding more local content.

But the content library available to Indian users is extremely thin. A cursory search on Allflicks shows that the Indian catalogue offers 735 titles compared to the 5,661 titles in the US. Even House of Cards, a Netflix produced TV series, is out of bounds for Indian users (all other ‘Netflix Originals’ are available though).

But there is an easy way to fix this. A user’s Netflix account isn’t tied to his/her country, rather the content is served on the basis of what country user is logging in from (determined by the IP address). This means that users can easily get around this and watch shows from other parts of the world.

Smartflix is a new and impressively sleek app which offers users a clean and simple interface composed of any and every Netflix video available, regional restrictions be damned.

Content from every region that Netflix is available in is aggregated by this sleek Windows/Mac app.

According to the developer, “Smartflix is a simple application that combines an index of Netflix content available worldwide, an optimised proxy service and a chromeless web browser that embeds the Netflix web player.”

Virtual Private Networks, dubbed VPNs, can be used to make your device appear as if it is residing in another country – and unlock a new range of regional-locked Netflix shows.

Smartflix, which was first announced on Reddit last year, uses a similar technique to bypass location restrictions, its creator has claimed.

“People who are using a VPN to access our service from outside of the area will find that it still works exactly as it has always done.”

So how does that library look now?

The Mac and Windows desktop app – which is free while the software is in beta – supports Full HD 1080p streaming, manual quality selection, media key support for playback and a picture-in-picture mini-player for multi-tasking binge-watching.

The OS X version of the software has been signed – which means it is associated with a known Apple Developer ID and will not be blocked by Apple’s in-built malware security mechanism, Gatekeeper.

An iOS version of the Smartflix app for iPhone and iPad is also in the works, the creator has confirmed.

Get the Smartflix app here. 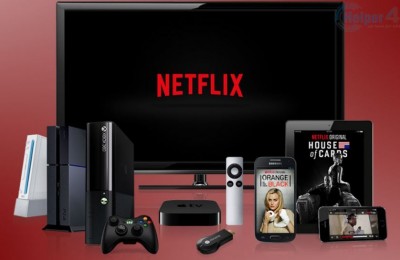 Why you can’t have everything: The Netflix licensing dilemma

Netflix expansion in India is evolutionary, not revolutionary: Experts