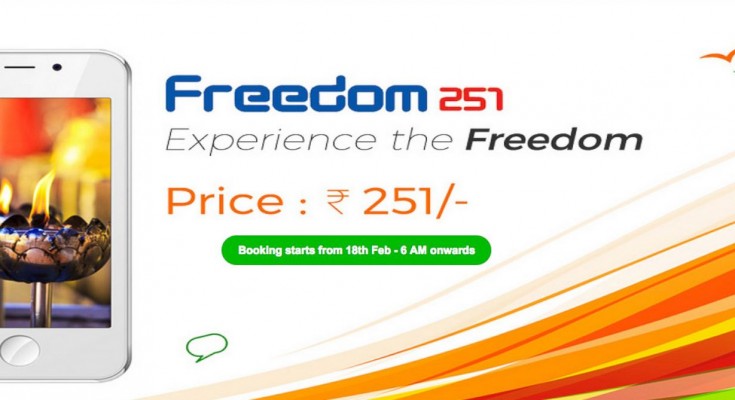 Is Freedom 251 launch device replica of a fake Chinese iPhone?

Is the Make in India phone a Made in China replica? Chinese mobile phone sellers say the design of the Freedom 251 released in Delhi looks exactly like a China-made fake iPhone that was popular in China five years ago.

Billed as the world’s cheapest smartphone, the Freedom 251 has already made global headlines. But in China, the home of the cheap phone, the announcement has been met with some amount of disbelief.

In Zhongguancun, Beijing’s electronics market that is one of the world’s biggest, even the cheapest phone here is thrice the amount of the Rs.251 priced phone.

There is, however, a surprising familiarity with the Freedom 251. Or at least, the device launched on Thursday in Delhi.

Sellers did not agree to appear on camera, fearful of an ongoing crackdown on fakes. With the crackdown, sellers say there are millions of Shan-Zhai phones that will either go to waste – or exported abroad as different brands.

Here in Zhongguancun in Beijing, one of China’s biggest electronics market and the home of the cheap mobile phone, there is a sense of disbelief that India is selling a mobile phone for what is in China 25 Yuan or the price of a cup of coffee. The designs of the Freedom251, sellers in Beijing say, actually resemble that of a Made in China fake iPhone that was very popular five years ago – a phone so outdated that it is no longer available anywhere in China.

The Freedom 251 device presented by Ringing Bells president Ashok Chadha in Delhi appeared to be a replica of a phone sold in India as the Adcom Ikon 4. Some even bore the logo of Delhi-based Adcom that had been whitened out.

Delhi-based Adcom admits its phones are contract manufactured in China. But Chinese sellers say the Adcom Ikon 4 is essentially a Shan-Zhai iPhone. Its icons are clear copies of Apple’s. Even Adcom’s advertisements show apps in Chinese, same as a Shan-Zhai iPhone.

These phones can be bought on Chinese websites. Chinese sellers say the fakes can still be made to order in Shenzhen, south China, in bulk for around Rs.1000 per piece.

While the company Ringing Bells maintains that the phone released was only a ‘beta’ or trial device, it faces embarrassing questions over the device it launched with great fanfare this week.

Was the device released in Delhi, rather than a symbol for Make in India, simply a Made in China replica?